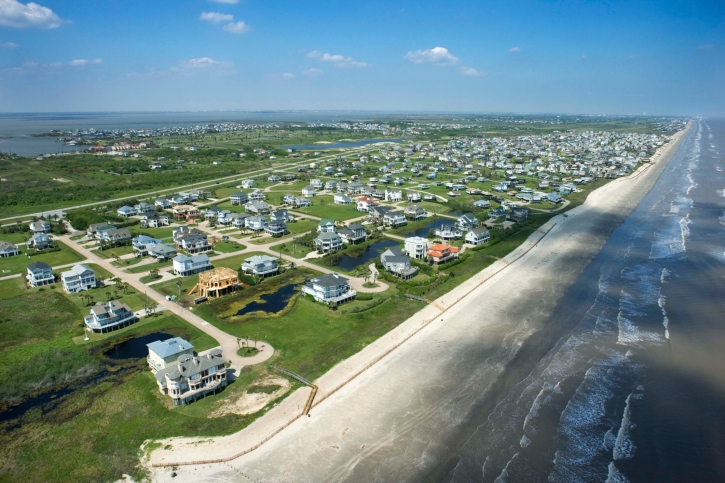 Galveston is part Southern and part Texan. The city has a rich history, and is often referred to as “The Republic of Galveston Island” because it is so different from the rest of the state.

The first European explorers landed in 1528, when the island was home to Akokisa and Karankawa Indians. The first noted visitor to Galveston was the Spanish explorer Cabeza de Vaca. He was shipwrecked on the Island and lived among the Karankawa for several years. French explorer Robert de La Salle landed here in the late 1600s and claimed it for King Louis (naming the area St. Louis).

Galveston’s first European settler was French privateer (i.e. pirate) Jean Lafitte, who built a small community on Galveston Island called Campeche. Built in 1817, the community was used for years as a base from which he raided the Spanish merchant ships that traveled through the Gulf. In fact, since Lafitte was forced to leave the island, burning the town down behind him, his treasures are still rumored to be buried somewhere on the island.

The first American colonists arrived here in 1827. The City of Galveston was born in 1836, which was the same year that Texas gained its independence from Mexico and became a republic.

Galveston as we know it

Galveston, as we know it today, was founded by Michel Menard and Samuel May Williams. Their homes are still standing and are popular tourist spots.

The city of Galveston was incorporated in 1839 and it quickly became the most active port west of New Orleans. Galveston was home to Texas’ first post office, its first hospital, its first golf course and its first opera house (among other things).

Galveston was hit by a terrible storm on September 8, 1900. The storm (known as “The Great Storm”) still stands as the most deadly natural disaster to strike the United States.

At the time of The Great Storm, Galveston had a population of 37,000 and at the time was the fourth largest city in Texas. The Great Storm destroyed a third of the city, demolishing more than 3,600 buildings. More than 6,000 people were killed and, in fact, there were too many bodies to be given traditional burials. Bodies were weighted and buried at sea. Unfortunately, many bodies washed back up on shore; from that point on, bodies were burned on funeral pyres.

The 1900 storm is one that still remains in the collective memory of Galveston as families pass the stories from generation to generation. If you would like to hear and see the complete story, head to Pier 21 Theatre to see the film The Great Storm. It is shown daily.

After the storm, residents who wanted to stay decided to raise the level of the entire city by 8 feet, and by 17 feet at the seawall. They put a slant in the ground which forced water to run off into the bay.

Their plan was successful; when another terrible hurricane hit in 1915, the city withstood its harsh winds and rains and only eight people were killed.

After The Great Storm, Galveston never returned to being the city it once was. Galveston had been a very popular port city, but Houston eclipsed it when it dug its Ship Channel in 1917. During the Prohibition Era, Galveston evolved into a gambling and drinking resort town. But this era came to an end in 1957 when the Texas Rangers raided the city and ended gambling in Galveston.

Renewal under George and Cynthia Mitchell

The city languished until the early 1980s. At that time, Galveston began a campaign of renewal which has been a roaring success. Galveston-born oilman, George Mitchell and his wife Cynthia, led this revitalization effort. They first focused on overhauling and promoting Galveston’s Historic Downtown District which contains some of the largest and most well-preserved Victorian iron-front commercial real estate architecture examples in the United States.

Mitchell’s team brought the 1877 Tall Ship ELISSA back to Galveston, and restored it to all its former glory. The ELISSA quickly became the symbol of the new Galveston and it is another popular tourist stop for visitors.

City leaders then revived the former Mardi Gras celebrations; commissioning some of the world’s most renowned architects to design the Mardi Gras arches which span the streets of The Strand district. Now, over half a million people come to Galveston each year for Mardi Gras.

The Galveston Historical Foundation has helped preserve and restore over 2,000 buildings in Galveston, which are now listed on the National Register of Historic Places.

The family of George and Cynthia Mitchell continues to influence city life in Galveston with their company, Mitchell Historic Properties, which oversees multiple buildings and notable hotels, including the Hotel Galvez & Spa, the Tremont House and Harbor House Hotel & Marina.

All you need is Love💕 Show yours with one of th

Fused glass for your musician at heart by Artist S

For your Funny Valentine, a bit into the macabre!

Pretty in Pink - Perfect for A Month of Love only

Our Month of Love featured merchant this Friday! 2

A Month of Love as we count the days to Valentine'

Cozy up with these Ivory Ella socks at Bel Pri Jew

Perfect baubles for all your special friends and f

Surprise your Holiday host with a small bouquet in

At The Jewel Garden on Strand exclusively.

Wanna a feel like a kid again? Enjoy hot chocolate

Start this Fall weekend with a refreshing adult be

Did someone say Reindeer Season?

You can pull this off! Get it at @saltysouthernchi

Shop and Treat on the Strand! Saturday, October 31